Years ago Bugs Bunny and his pals kicked out the Spelunkers (and other animatronic folks) so they could settle in at Six Flags.  But that wasn't his first trip to Texas.  In one of his earliest animated shorts, he headed out to the Lone Star state with a belly full of carrots and an ax to grind. 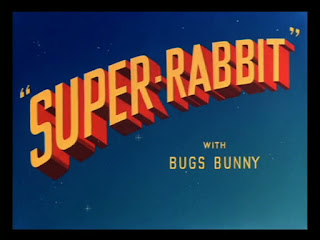 The 1943 cartoon short "Super-Rabbit" was an early entry in the Bugs Bunny pantheon and, as you probably guessed, is a parody of iconic superhero Superman.  (And, yes, it involves Texas).

Instead of being a strange visitor from another world, Bugs gets his powers from a a batch of specially irradiated carrots created by your standard mad scientist.  After chowing down on his first super power inducing snack, he immediately decides how and where to use his newfound powers. 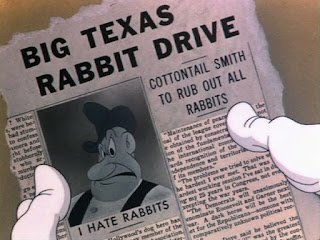 It's understandable that a rabbit-hating hunter like Cottontail Smith might not be beloved in the rabbit community but Bugs was walking around with this newspaper clipping in his pocket.  So it's clear he's been waiting for an opportunity to enact some old school justice...Texas Justice!

And so with his new powers and costume, Bugs heads to Texas to match wits with a rabbit hunter...which would eventually become one of his trademarks.  We may never know why Elmer Fudd eventually rose to villainous infamy while Cottontail Smith faded into obscurity since this seems to be Smith's only appearance.

There's some online speculation that he was based on Lyndon B. Johnson but I'm not convinced.  LBJ would have been in the House of Representatives at the time and I'm not sure if he infamous enough to warrant a cartoon parody just yet. 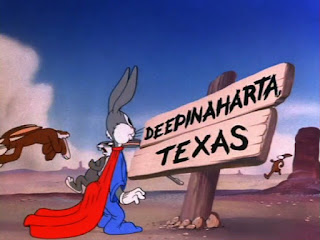 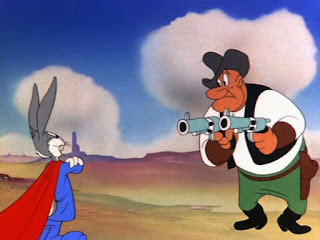 Deepinaharta, TX looks to be in either the west Texas area or, more likely, the panhandle region.  The buttes and rock columns in the background are reminiscent of sights like the"Lighthouse" that you can see at Palo Duro State Park (after a little bit of a hike). 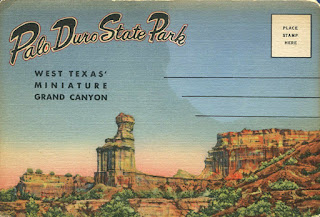 And that's pretty much where the Texas connection ends.  There's your usual Looney Tunes shenanigans with vague west Texas scenery in the background as Bugs makes a fool out of Cottontail and his horse for the rest of the cartoon.  But it ends on a patriotic note: 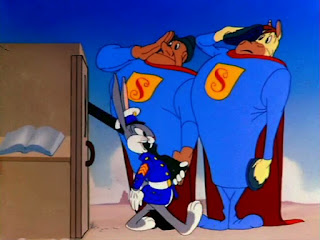 Bugs hops into the phone booth for one last change and emerges as "a real super man."  As a newly enlisted Marine, Bugs marches past his foes and into the war effort.  And that's way this one ends.

So the next time you head to Six Flags and see your old pal Bugs's face all over the place, just remember he's no tourist...he's been here for awhile.

Posted by Explorer Multimedia Inc. at 2:33 PM No comments: