The Rodgers and Hammerstein musical "State Fair" has been adapted to film several times.  The setting is the Iowa State Fair but my favorite film version was made in 1962 and the setting was changed to the "Texas State Fair."  It starred Pat Boone, Bobby Darin and Ann-Margret and was filmed at Fair Park home to the State Fair of Texas! 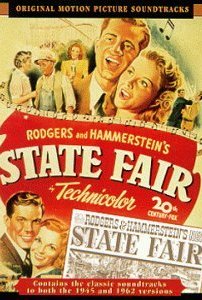 The film follows a family as they take their prized pig to compete at the fair.  As they head to Dallas you can see how the skyline has changed over the years: 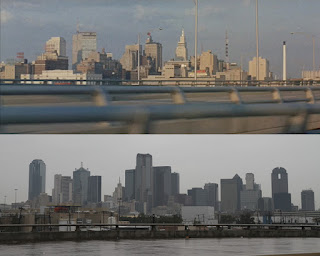 The majority of Fair Park's art deco architecture is all pretty much the same today as it was in the sixties.  You can see that the main difference at the front gate today is the addition of a handy DART Station: 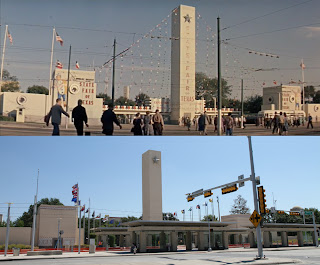 You can see that Big Tex has changed a little too, particularly his hat and his waving hand.  Like many celebrities might have had a little nip and tuck as well: 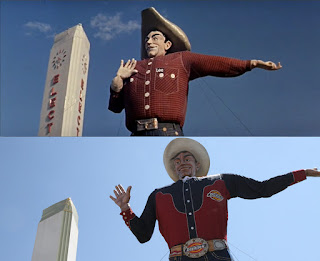 The midway arches are still around and still welcome excited kids to come play and ride.  Since there are a couple of arches at the Fair Park, I'm not sure if the arch in my picture (bottom) is the same one from the this scene of the film but you can tell that the design has stayed the same: 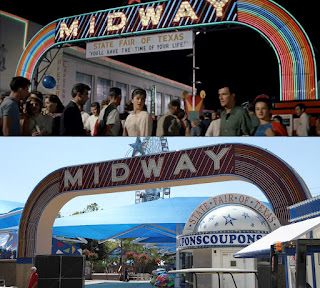 The trees near Big Tex have grown as you can see in these comparative shots of the entrance to the Grand Place building.  Big Tex is barely visible through the trees today: 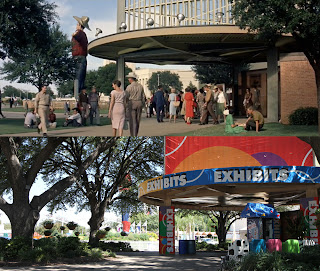 And some of the art deco decorations on the outside of the Tower Building made a good backdrop for the film and are still appreciated by Fair visitors today. 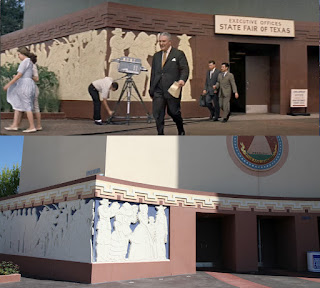 So check these places out when you visit this year.  And if you'd like, feel free to frequently break into song like the did in the movie.

Posted by Explorer Multimedia Inc. at 9:20 AM No comments:

The great thing about the "World's Largest" things is that they typically are NOT the world's largest.  But it's not about the size, it's about the chutzpah of deciding to claim that this particular object is the biggest in the world without actually confirming it.  There's nothing more Texan than that.  So with that, we present the "World's Largest Kaleidoscope" in Dallas: 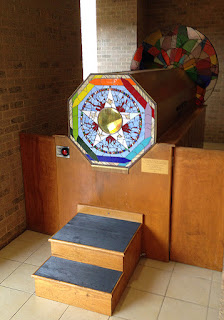 We need not mention what may or may not be in Mount Tremper, NY, and instead we check in at Texas Scottish Rite Hospital for Children.  The hospital is designed from top to bottom to be appealing to kids.  From fresh popped popcorn to elaborate train sets, there is plenty of distractions for sick kiddos.  Not the least of which is the "World's Largest Kaleidoscope" which come complete with a plaque that says so: 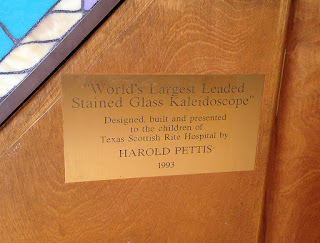 Take note of the ever important caveat that this is in fact a "Leaded Stained Glass Kaleidoscope" which lends legitimacy to the "World's Largest" claim.  These are the types of details that are important when making claims about an object's place in the world.

All it takes is a push of the very pushable Big Red Button on the left and the show begins.  Nothing left to do but sit back, watch and let the meds kick in. 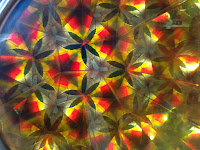 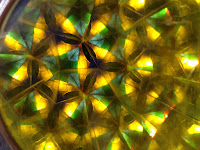 The still pics don't really do it justice since, you know...it's kaleidoscope...and it moves but that's all you get today.  And if you're wondering if there is more of a Texas angle than just location then check out the Texified stained glass: 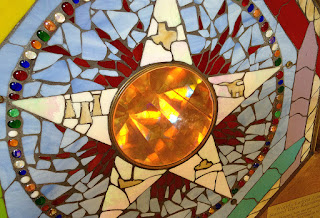 Starting at the top and going clockwise, we've got the state of Texas, a longhorn, a cowboy hat, a space shuttle and a group of oil derricks...not to mention the big Lone Star.  That's more than enough to qualify as an interesting bit of Texana.


Posted by Explorer Multimedia Inc. at 11:33 AM No comments:

Yes, the touristy mecca that was once known as Aquarena Springs still exists in some form today and, yes, they are doing good, educational work but for those of us who were there in its heyday, there is nothing like the original product.  Which brings us to our next Matchbook Memory: 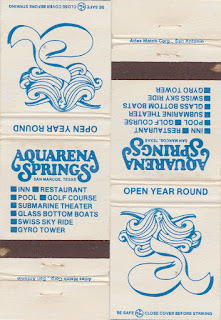 In case you're not familiar, Aquarena Springs was a magical tourist destination in Central Texas where pigs swam, mermaids drank soda under water and...I don't know, do you really need more than that?

There were also glass bottom boats and a hundred other cool things that Disneyland couldn't come close to touching. At some point it went out of business and now exists as a part of the Meadows Center For Water and the Environment and is run by the state.

Pretty much all that remains from before are the glass bottom boat rides with more of a focus on education instead of finding dead bodies in the river.  But of course, we can always relive the good old days via vintage postcards from the 80's: 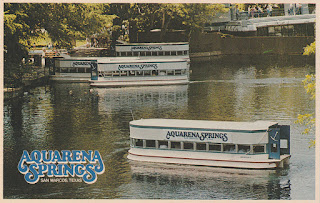 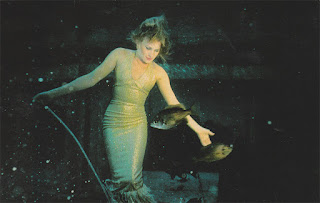 You can see on the map below that the park was surprisingly sprawling and a lot of care went into providing unique attractions.  Also worth noting in the map are artistic renditions of a dwarf salamander (which was one of the native wildlife boasted to be thriving in the park) and the star of Aquarena Springs, Ralph the swimming/diving pig! 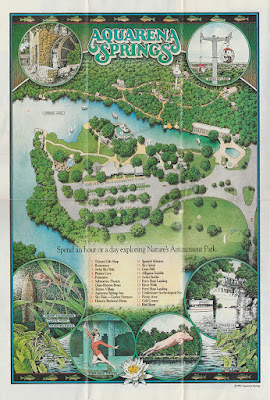 With the heyday of the park in the past, mementos like these are the best way to remember the charm of an old school roadside destination.

Posted by Explorer Multimedia Inc. at 12:25 PM No comments: