Eat and/or Be Eaten 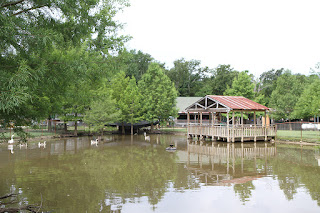 As you can imagine, the "East Texas Zoo and Gator Park" in Grand Saline is packed with various wildlife but the main event is definitely the gators.  And the best part of watching gators is: feeding time!  Each day at 11:00 AM and 3:00 PM a park employee will bring out the feeding bucket the frenzy begins!

The gators' menu seems to consist of (at least during scheduled feeding times) chopped up chicken parts.  When a piece hits the ground it doesn't take long to end up inside a gator's belly.  Here's a little glimpse at supper time: 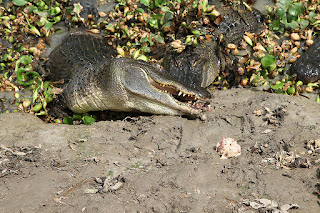 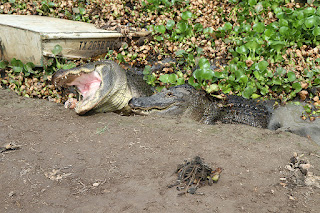 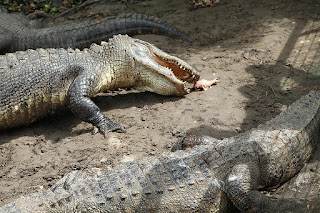 If watching that makes you work up an appetite then the Park has a way to turn the tables and put you in the role of predator by offering a small selection of dishes with alligator meat at the Park's Grill (bottom left): 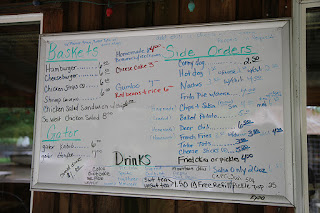 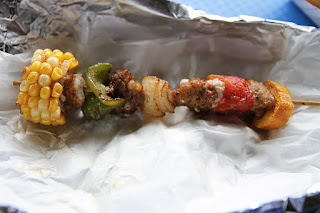 A little small for the price but the gator meat was fantastic.  It was perfectly seasoned and well textured.  The old cliche is that it "tastes like chicken" but this had more of a red meat vibe, probably since it was grilled with similar spices that would be used on a steak.  It wasn't gamey at all.  The veggies were good too!

So whether you're interested in gators eating or eating gators, this place is definitely worth a stop!

Posted by Explorer Multimedia Inc. at 5:49 AM No comments:

Jobe to the Future

"Amazing Stories" was an ambitious mid-80s attempt to capture a little Twilight Zone lighting in a prime time bottle.  As with any anthology, there were hits and misses but it's widely regarded as a show that was "pretty good."

The third episode of the series caught the attention of a young "me" since it featured a world famous landmark I had recently visited...the Alamo!  The legendary Texas battle site was having a bit of a Hollywood renaissance with Pee-Wee's Big Adventure and Cloak & Dagger making use of the location and now it was time for a small screen adventure. 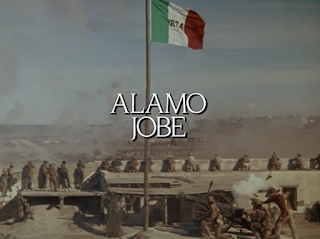 The elevator pitch for the episode is: a fifteen year old volunteer from the Battle of the Alamo is transported to present day (A.K.A. 1985).  And that's also pretty much a summary of the episode too.  It's not what you would call a very plot heavy entry into the time travel genre.

The story begins during the battle (and uses footage from the John Wayne Alamo movie from 1960) and our hero Jobe (Kelly Reno from the Black Stallion movies) name checks fellow Alamo heroes William Travis and Davey Crockett and is given instructions to take a note to "General Lefferts" on "Shuttlecock Road." 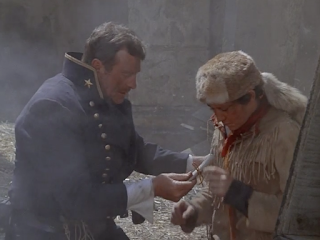 While this is going on, Jobe keeps seeing 1985 tourists pop up in the mission, seemingly unaware of the carnage surrounding them.  He even hears some unfortunate news about the ultimate fate of the Alamo defenders from a tour guide (who probably hasn't gotten to the part about adobe or corn yet).

Sure that's a freaky thing to see but Jobe's a total pro and is determined to deliver the note.  But now it's his turn to time travel on his way out of the Alamo.  After a quick visit to the 1985 gift shop he's kicked out by one of the staff. 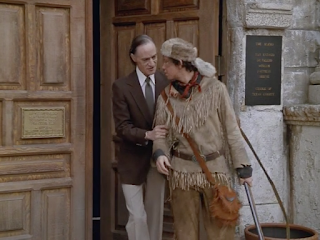 If I were to ask you, does that door look familiar?  You'd probably say, "Yeah, that's the door to the Alamo."  But you'd be wrong.  And I'd really stick it in your face in the smuggest way possible.  And then you would walk away from me and I'd be left alone once again with my useless trivial knowledge.

That being said, the Alamo doesn't allow people to film there.  So any time you've seen a movie or TV show at the Alamo, you've seen a sound stage.  This particular faux Alamo door was built for the film "Cloak & Dagger": 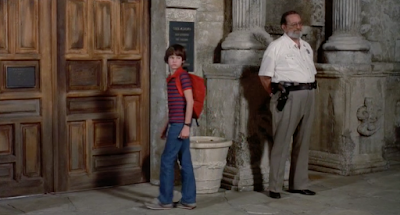 And at this point, just as Jobe must come to the realization that he's in another time (which he never really seems to do), we must realize that this episode is passing off Los Angeles as San Antonio.  But at least they make an effort to hide it.  Check out this matte shot: 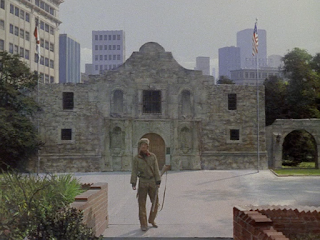 Well now it's time for some fish-out-of-water shenanigans as Jobe hijinks his way across pseudo-San Antonio in the 80s, while encountering tons of sights and sounds that should freak him out but never really do.    It wasn't too long before it was time for a a classic trope:

Yep, out-of-towner guy meets hip guy.  In this instance the "hip guy" is a break dancer who tells Jobe that he digs his "funky cap."  Just as Jobe seems mildly curious yet mostly uninterested in the future things he see, the people he meets seem to feel relatively the same way.

I guess seeing somebody walking around San Antonio dressed in buckskins is like seeing someone dressed as a Disney princess in Anaheim.  After awhile it just becomes a fairly common part of your work week. 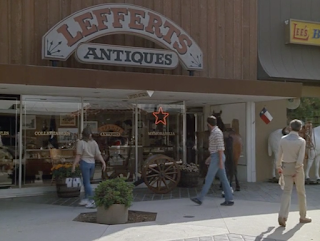 After some additional fun involving bus rides, pay phones, a stolen horse and a police chase, our hero finally gets to his destination.  There was no "General Lefferts" involved with the real Alamo and the real San Antonio doesn't seem to have a "Shuttlecock Road" so don't feel obligated to go on your own Jobe-esque quest the next time you're in town.

The fictional Leffert had a fictional descendant who runs a fictional antique shop where Jobe finally ends up to deliver the note.  Mission Accomplished!  With that done he returns to the Alamo and presumably his own time.  But before he gets there he gets directions from this helpful citizen: 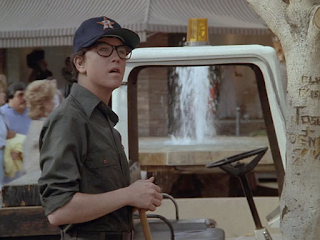 So does this mean that Jobe survived the Battle of the Alamo and had kids?  It's not really clear and I'm not anticipating a follow-up any time soon so we'll all just have to write our own Amazing Stories fan fiction...as usual.

So once again our beloved Alamo has made its presence felt in popular culture and we all plan our next family road trips to the real San Antonio.

Posted by Explorer Multimedia Inc. at 9:35 AM No comments: