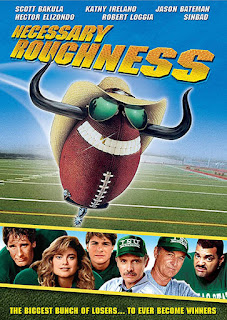 The 1991 film "Necessary Roughness" was a part of a wave of "ragtag misfits come together" sports movies that were hugely popular in the 80s and early 90s.  It fit right in with movies like "Major League" or "Wildcats" and works for our purposes because it was filmed in Texas.

The majority of the movie was shot at the University of Texas in Denton which filled in for the fictional Texas State University (go Armadillos!) and there are are few other north Texas locations, but what brings us all here today is a bar room brawl at the World's Largest Honky Tonk. 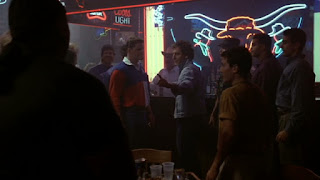 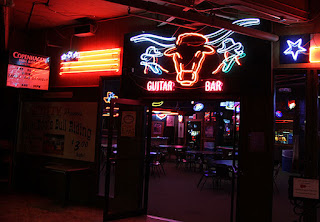 Scott Bakula, Sinbad and the rest of the gang decide to blow off some steam at Billy Bob's Texas in the Fort Worth Stockyards.  Billy Bob's is a world famous bar and entertainment venue that attracts some of the biggest musical acts in the world.  So of course, I had to stop by and see if I could find some of the specific areas where they filmed. 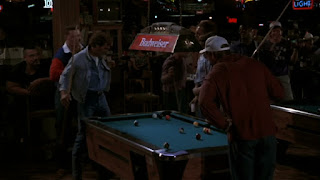 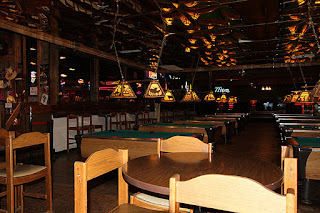 The problem, of course, being that the movie is a couple of decades old and the bar has been remodeled a few times since then.  Gotta get the saw dust off the floors and keep it fresh!  So consider this an exercise in seeing how the place has changed and updated over the years.  For example, you can see that the light fixtures over the pool tables are different. 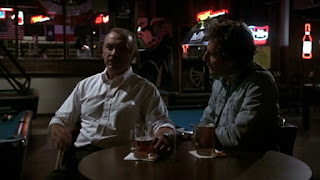 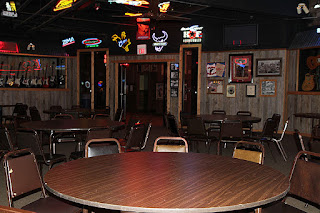 Seems like some of the neon has been moved around or replaced too.  Normally I try to match up shots as closely as I can but I had to settle for just getting close on this trip.  There are a few other shots in Billy Bob's rodeo area and out front but the main action happened where the drinking gets done.

There's a lot to see in the bar, like the concrete hand imprints of the musicians who have performed there and several celebrities who have visited.  But there's also an interesting prop from a forgotten movie above the dance floor. 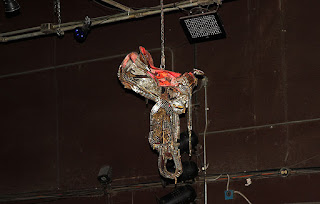 The duded-out saddle from the movie "Rhinestone" serves as the disco ball above Billy Bob's dance floor.  The movie stars Dolly Parton as a singer who makes a bet that she can turn Sylvester Stallone into a country music sensation...which sounds like a totally made up movie parody but it was real...and the proof is in Fort Worth!

Houston is known for its Art Cars of a variety of shapes, sizes and overall wackiness. One of the biggest and brightest puts its best foot forward at parades and charity appearances throughout the year.  Ronald McDonald's Big Red Shoe Car was made by Texas artist Jason Barnett and I had a chance to ask him about his ultimate clown car. 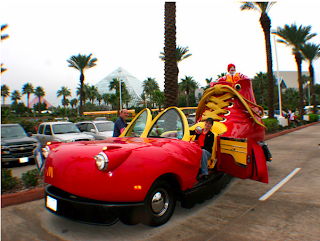 Texas Pop Culture: How did you get involved with the creation of the Shoe Car?

Jason Barnett: In about April of 2002, a friend of mine was one of the local Ronald McDonald's that made appearances at McDonald's events. He came to me and said that the Texas Gulf Coast McDonald's were looking to have a promotional vehicle made is the shape of a Ronald McDonald clown shoe and that they were going to have some of the local art car parade guys bid and build it. My friend Bill (Ronald), told me of a meeting that was to take place the next day in Houston about the shoe car idea and if I wanted to get a bid in that I had better have something ready by that morning. I immediately did a quick sketch of my idea and built a remote control model of my idea using a PT Cruiser remote control car that I bought and removed the body from. 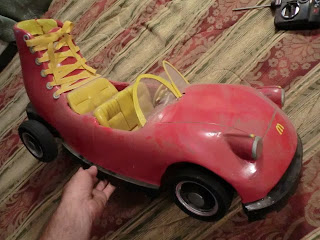 JB: I worked all through the night and at about 5 am the remote control car was finished. The problem was, at the time I lived in Midlothian and it was a 4 hour drive to the meeting. I drove all the way down to Houston and handed over the car sketches and the remote control model. Bill is the ultimate in presenters and showmen. He waited for the meeting to start with all of the board members at their giant table and then flung open the doors and drove the remote control car into the room. Instantly my phone was ringing and the board wanted to meet. Over the next few months we went back and forth over the design and over a year later I received a check to get started. 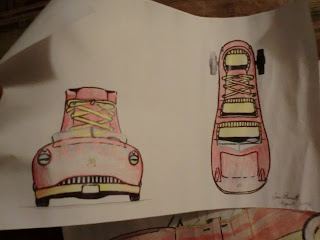 TPC: How long did it take to design and build?

JB: The actual construction process involved about two years of hard labor and itching from the fiberglass body. I had underbid the project so badly that I had to take on other jobs to fund the project. If not for that blunder, it would only have taken about a year to complete. As I was building the car, improvements were made to its design. The first thing was that I decided to make the entire nose of the car flip forward to access the engine and I decided to have suicide doors. 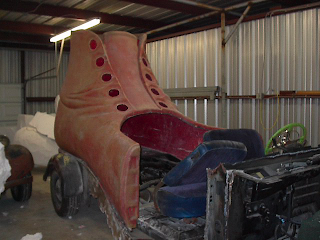 JB: The car was about 8ft wide in the front and narrowed down to about 4ft wide at the rear. It would have been very difficult to get to the engine with a normal car style hood. Originally the car was to be built on a 2003 Chevy1/2 ton truck chassis with a 6 cylinder engine. When I went down to buy a truck from the dealership, they made me a better deal on a truck with a V8 and cruise control. I have personally driven the shoe car well over 100mph!

TPC: What was your favorite part of the process?

JB: As far as my favorite part of building the car goes. I would have to say that was when I got the fiberglass body back in from the workshop that hand laid the fiberglass. We didn't use molds. I carved the shape of the car out of huge blocks of foam and then coated them with layers of drywall mud to fill in the imperfections. The giant mock-up was sprayed with latex paint to create a barrier from the fiberglass. Once the fiberglass was laid up on the mockup and cured, I popped the new fiberglass body off of the foam. I still had a lot of hand work to do to the body, but at that point the car was coming to life. Anytime a new part was added- doors,hood, hatchback,etc., it was necessary to drive it around to test for problems and rattles. There was nothing like watching kids and adults freak out as I drove past in the 23 ft long shoe. 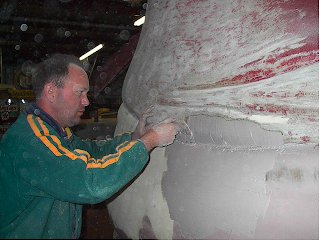 JB: I had it in my head from the beginning that I was going to be able to pull this off entirely by myself. Luckily for me, I had a lot of friends and family that volunteered and spent endless days and nights to make this project a reality. 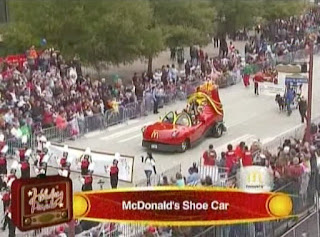 Check out Jason's website for more of his unique work:

He's a very talented guy and we hope to cover his upcoming projects so check back soon for more details!

Posted by Explorer Multimedia Inc. at 5:53 AM No comments: